• There are 162 rooms and 56 suites.
• Gourmet Espandon restaurant , the Vendome bar, the Hermingway bar, the Cambon bar, the pool bar and the Ritz Club.
• Banquet room for many people, the private salons, an outdoor pool withe gym and health club, a cooking school and a business center.
• Hotel Ritz is located on the famous Place Vendome, home of the World’s major Jewellery Brands.
• former home of Gabrielle Chanel.

Background of Cesar Ritz
• 1850: Birth of Cesar Ritz in Niederwald, Switzerland.
• 1867: Cesar Ritz comes to Paris at the occasion of the Exposition Universelle and starts working as a young waiter in different Restaurants.
• 1881: Ritz becomes the Director of the Grand Hotel de Monte Carlo.
• 1888: Ritz and his partner Auguste Escoffier buy a restaurant in Baden-Baden.
• 1889: Sir Richard d’Oily Carte convinces Cesar Ritz to becomes the Director of the his famous Hotel Savoy in London.
• 1896: Cesar Ritz creates the Ritz Hotel Development Company. César Ritz decides to create a new style of Luxury Hotel destinated to clients ready to pay a very high price under the condition he offers them what they cannot find anywhere else. 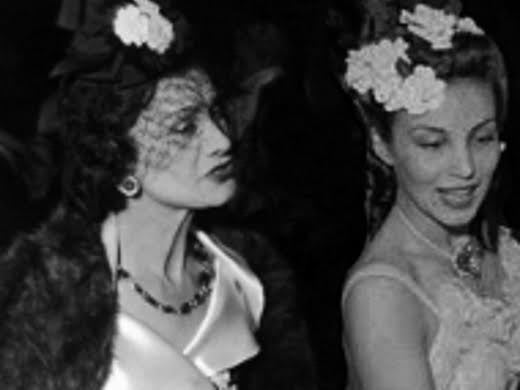 • 1937: Coco Chanel moves into the Hotel Ritz.
• 1939: End of the Belle Epoque, the picture shows Coco Chanel, a permanent resident of the Ritz at the Circus Ball in Versailles.
• 1945 Augst: Liberation of Paris.

• 1954: Coco Chanel rreturns to Paris where she opens her fashion house, already 71 years old.
• 1956: Creation du Restaurant l’Espandon.
• 1957: Love in the Afternoon by Billy Wilder filmed at the Ritz.


• 1960s: When Chanel cannot sleep at knight she contacts her friend Aimee de Heeren who,
four months per year, lives at the nearby Hotel Meurice.
Together they go for a nightwalk through Paris going to
see the Les Halles Centrales foodmarket and the historic staircase of Cremerie de Paris
where Chanel had the idea to invent ger perfume N°5.

Mohamed Al Fayed Era
• 1979: Mohamed Al Fayed buys the Ritz Paris.
• 1988: Establishment of the famous Ritz-Escoffier School of French Gastronomy.
• 1997 August 31: Lady Diana spends her last evening at the Ritz, shortly before her accident. Her compagnon is Dodi Al Fayed, the son of Mohamed Al Fayed, the owner of the Palace.
• 1997: American traveller start to request internet access. France is a little slow to get online.
The concierge of the Ritz redirects clients to Cybercafe de Paris / Cremerie de Paris N°1
as if Cesar Ritz had told him to give the Cremerie a little help
duriing the first years of the internet.
Grand Hotels of the World was invented at the Cafe.

• 2008: Young Francois Beilhache
starts to work at the Ritz,
After the closing for Renovation
Beilhache creats the famous event organizing company Amazing Events Paris
which caters some of the iconic Cremerie de Paris Pop Up Stores
like the one for Acer,
thus creating another link between the Cremerie and the Ritz
• 2012 August 1: The Hotel closes for Renovation.


Article by « Grand Hotels of the World & VB.com », written from « Cremerie de Paris ».


Grand Hotels of the World.com are part of Phone Book of the Word.com.
The sites were invented at Cremerie de Paris, a place full of History.

2011 Cremerie de Paris was converted into a Pop Up Expo location.
While working on our Hotel pages we host the coolest Product Launch events.
a little bit like a "Meeting Place of the World's most famous Brands".
Above video was made for a Pop Up Store imagined by Antoine Leca from Auditoire
for Nike.